Eclipses play a powerful role astrologically in our lives, figuring prominently in so many ways, regardless of whether they are visible to the eye or not. Early man recognized this influential pattern, followed the Moon’s course and etched its extreme positions into the surrounding environment. In addition to organized arrangement of rocks and petroglyphs tracking the Moon as changing shadows and light, the layout of ancient architectural sites, temples, buildings and other structures are often aligned to the Moon’s travel and cyclic positions.

Friday, June 5, 2020, at about 12:25 PM Tucson, AZ time, a penumbral lunar eclipse peaked somewhere in the middle of the Indian Ocean (night time there), but it’s not visible from North America. However, rest assured, the universe always makes an eclipse’s astrological influence felt across the globe regardless of where it occurs. Before we talk astrologically about this eclipse and others, let’s discuss some astronomical eclipse facts. Here’s a diagram from NASA showing the patterns associated with the noted lunar eclipse.

Lunar and solar eclipses occur in pairs, one following the other, and within a year we typically experience multiple eclipse pairs or triplets which sometimes overlap into the next year. We could potentially have five eclipse pairs in one year (the last time was in 1935).

There’s an annular solar eclipse paired with the penumbral lunar eclipse of June 5th that occurs on June 21st, peaking at about noon over Tibet and the southern region of China (in Tucson, AZ, it peaks at about 11:41 PM on June 20th). Be sure you take note the significance of this annular solar eclipse. It’s in Cancer and is tied closely to timing of the Summer Solstice, marking the sun sign transition into Cancer in tropical astrology. The 2020 Summer Solstice occurs at 2:43 PM Tucson time on June 20th, just over nine hours before the solar eclipse. Here’s a diagram from the same source at NASA for the solar eclipse.

Eclipses, lunar and solar considered separately, are historically grouped together into larger regular cycles covering many years (often over 1000) called a Saros. Each eclipse is part of a Saros or group of eclipses that all have the same Saros number, representing a specific repeating pattern of eclipses. For example, the June 5, 2020 lunar eclipse is the 66th of 71 eclipses in Saros 111, spanning 1262 years from 830 CE to 2092 CE. The solar eclipse paired with this lunar eclipse is part of Saros 137. Fortunately, NASA’s website details of eclipse data is WELL organized, which is a boon for astrology research. Please…let’s move on from the numbers.

From an astrological and symbolic standpoint, the Moon in our chart signifies the emotional self and our past. We express our emotions and live out an experience of feelings through our Moon, its sign, position, and phase. Understanding the significance of these qualities is a way the Moon in astrology can help foretell the layout of our individual emotional terrain. The Moon is also loaded with our prehistory, what we came into this life with, providing a means of understanding the roles that our past/future lives play in shaping who we are today. 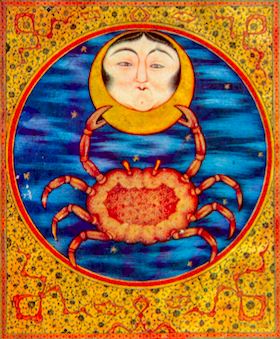 Cancer, a water sign, is the ruler of the Moon and the 4th house is its natural location. Since the 4th house resides at the bottom of a chart, we can think of the 4th house cusp or Nadir as one end of a vector, creating an axis (Cancer to Capricorn) that passes through the middle of a western astrology chart. Reaching all the way to the top at the 10th house cusp or Midheaven, the vector extends from our soul’s entry to exit. From birth to death, bringing in existing patterns and exiting with new patterns, the Nadir/Midheaven or Cancer/Capricorn axis functions to represent where we’ve been in the past and where we are going in the future. That June 21st solar eclipse is effectively activating this axis, bringing to the surface for our collective consideration the emotional concerns of Cancer as we look ahead to from Capricorn perspective of responsibility. Yet, as part of the eclipse package (lunar and solar), we begin our adventure with the June 5th lunar eclipse perspective.

During a lunar eclipse, the Earth is sitting in front of the Sun, blocking light normally presenting us with a full Moon. Sun, Earth and Moon are aligned, all in a row, where the Sun’s powerful radiant energy is briefly altered, diminished. With the Moon and Earth in conjunction, the Earth is effectively turning the Sun’s light off, grounding out and limiting the normal illumination of the surface of the Moon facing us. Now darkened front and back, this is a time the Moon yields unfettered access to deep inner chasms which are sometimes peppered with leftover emotional baggage lingering within our souls. The Earth’s shadow opens up paths to access our “Shadow Self” that hangs out in these less reachable areas of our being.

As these inner dynamics manifests, you’ll be able to gather information about emotional conditions sourced in patterns created during past experiences. The beautiful consequence will be seeing it in relationship to how it’s affecting your behavior now. For instance, during a lunar eclipse, it’s easier to open up your thoughts to early childhood, delving into your developmental history. There you can find significant events that shaped who you’ve become as an adult. But, how do you get at this stuff?

Hammer out on paper what concerns you have, especially noting areas of life related to the location in your chart where the lunar eclipse occurs. Going to the house and sign in your chart where the lunar eclipse is transiting (15º Sagittarius in this case) will tell you about the kind of energy it brings and the areas of life that are being opened up at this time. It’s an opportunity to delve deep into specific parts of the self you might ordinarily not recall or even remember exists. “Oh, yea, I haven’t thought about that situation when I was 10 years old in a long time!” That’s the kind of stuff you are looking for, the lunar eclipse showing you a past time when a program got placed into your subconscious to alter behavior, to protect you emotionally or physically from external forces, certain types of events or people, or harm. Just take some time to be quiet, meditate on your written questions, see what comes up. The results can be especially pronounced if you actually do this during a lunar eclipse. 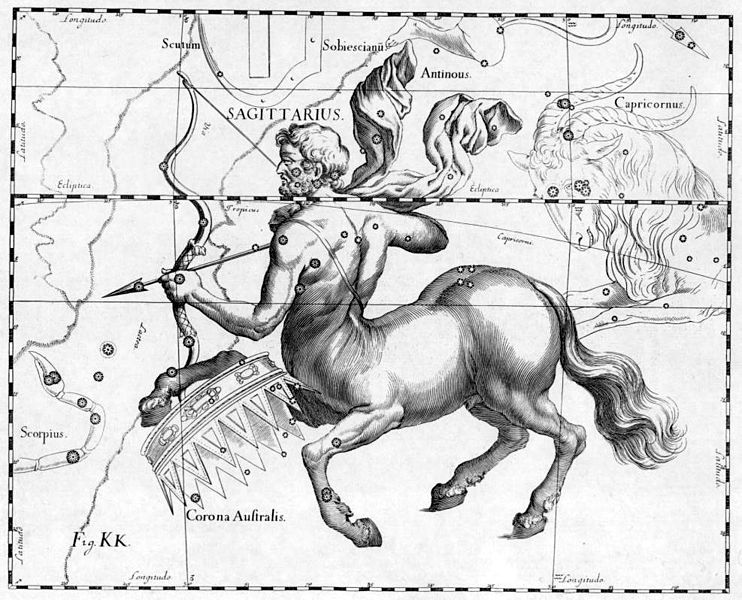 For this June 5, 2020 lunar eclipse, peaking at 15º Sagittarius tropical, the archetypes of Sagittarius, Jupiter and the element of fire are all being accentuated, opening up those corresponding areas of your chart. Whatever you have at or near 15º Sagittarius tropical becomes lit up, like a Christmas Tree. You can gain more direct access to the core of your soul/being, question whatever you rediscover or what comes up. It’s a time to get at and grasp what could be eating at you, the hidden stuff you didn’t even know about.

Recall Sagittarius brings emphasis on your belief systems, seeking truth and directness in an unambiguous revelation of wisdom. Ruled by Jupiter and fire (the Sun, in opposition, is also a fire planet), there’s a boisterous, expansive opportunity to open up to a new level of knowledge regarding how our past experiences are linked to our present self. 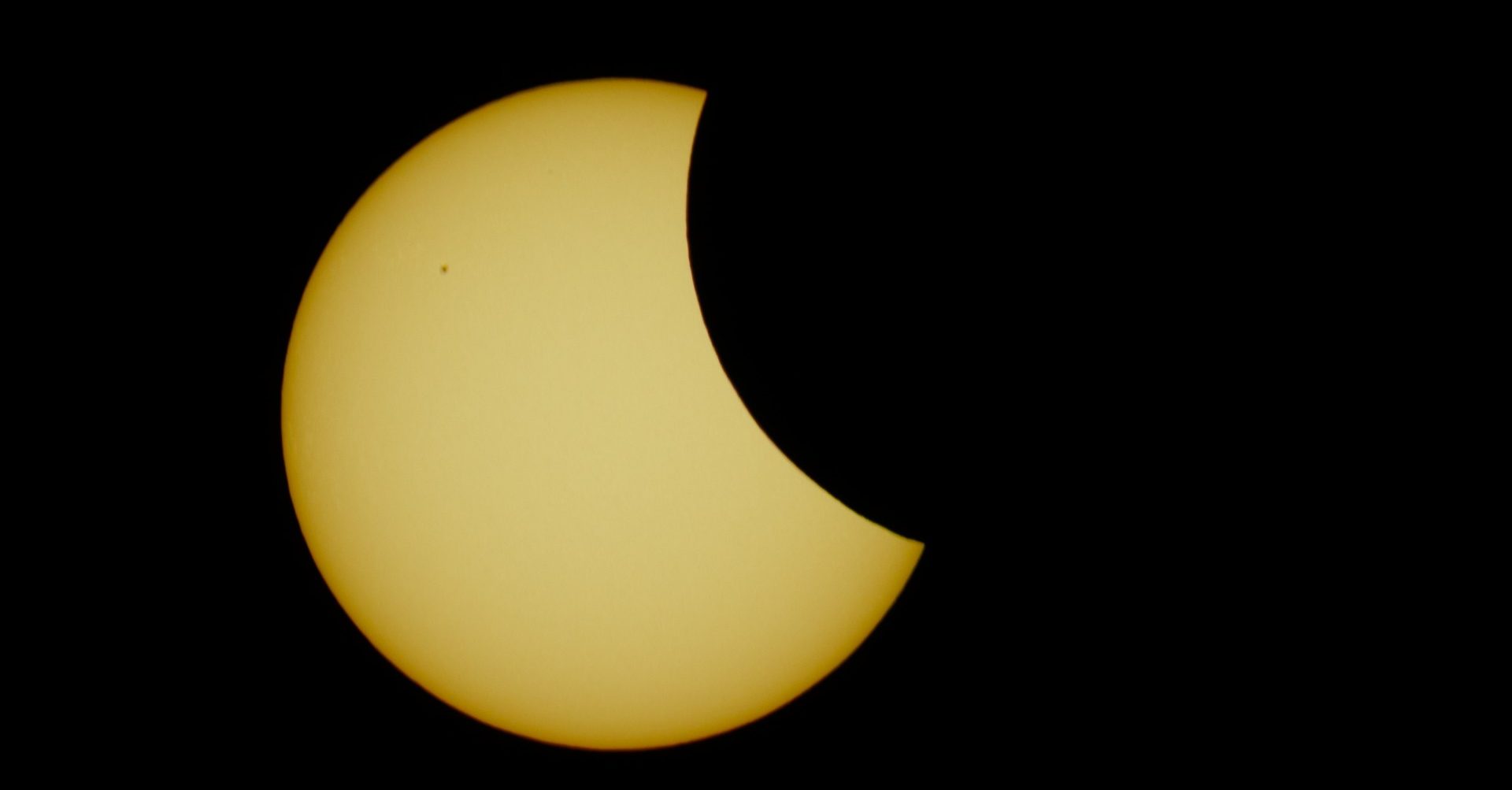 Lastly, we have that paired solar eclipse peaking mid-day over Tibet on June 21st. It’s happening early in Cancer very near the Summer Solstice, producing a strong vibe, training our focus on the state of collective and individual security. We are being forced to examine our sense of home and place of origin, and how we are nurturing others. Is it working? In this solar eclipse, all the Cancerian archetypes are energized, and don’t forget the Moon is ruled by Cancer. In short, lookout! Motivated with the axial responsibility originating from Capricorn, the remainder of 2020 and beyond could be overridden by a paramount emotional drive to directly address those concerns of Cancer, potentially propelling all of humanity in a new direction with security in mind.

With all eclipses, the astrological influences are considerable, which is known to begin about a year to six months before an eclipse and can continue to affect us six months or a year later. Eclipses in and around your birth time may also surprise you as to the level of their impact on your life mission. Eclipses close to your birth, especially prenatal eclipses residing in the window of conception, can be part of the same Saros group as those eclipses we experience later in life. This can be a critical factor to explore in considering how an eclipse affects your life’s patterns and Earthly endeavors.

If you seek answers to these questions, please let me know how I can be of assistance.