It’s quite obvious to everyone that over time our living spaces gradually become less organized, more cluttered, dusty, dirty, etc.? Reaching a trigger point or maybe on a schedule, we clean up. Then sometimes, or at will, furniture could be shifted around, added or removed, the position of objects altered, producing in us different responses or feelings by their new placement. It’s well established that physical modifications to a space make us feel different, changing a space’s “energy”. Hopefully, modifying patterns in our space are for the better (the objective of Feng Shui), but what about when those changes cause a disruption of a space’s flow and the experience of a space becomes more non-beneficial. Would we want keep it that way? Forever?

Well, it should be no surprise that we can also sense in our space conditions in the non-physical that coexists with ordinary 3D physicality. The bottom line; it’s just as important to be mindful of a space’s condition and cleanliness in the physical AS WELL AS in the non-physical. Whether we can see it or not, the presence of good, beneficial energy in a space directly impacts our sense of wellbeing.

So, just like dusting, washing the dishes, organizing things, and arranging a joyful painting or object in a home, attention must also be given to a space’s non-physical condition. The act of “Space Clearing”, the energetic process of removing bad energy and bringing the non-physical into harmony into the area, addresses this condition. Perhaps the best means to understand the benefits of Space Clearing is through an example of the kind of situations that can be experienced.

Last year, a married couple I know moved to a new home in New Mexico and invited my husband and I in Tucson, Arizona to visit for the weekend. We found ourselves arriving at their home late the first day and soon headed to a bedroom to retire for the night. The bed was quite comfortable, but later that first night, twice I awoke with a startle at hearing in my sleep a man moaning in pain. It seemed to come from close by and I knew something was out of sort energetically in the house. The next morning, I was up early and immediately began performing energy work inside that bedroom to clear out the non-beneficial energy I sensed. I brought protection to the space and saturating it in a loving, beneficial energy and light. When my husband awoke later, he reported during the night having had disturbed sleep with nightmarish dreams. This confirmed my earlier sleep time experience and I knew immediately I was on the right path in energetically clearing the bedroom space we occupied. In that same bedroom, the next night was peaceful, restful and we both slept well with no disturbances. But, what was the meaning of the male sound of pain I heard in my sleep?

During the second day of our stay, my friends eventually got around to some history of the house’s previous owners. The home had been built and lived in for a number of years by a husband and wife. Nothing unusual in that, but when I heard further the story of the husband, the reason for my sleep experience became apparent. Before the original owners built and moved into the house, the husband had been the sole survivor of a helicopter crash. Even after extensive surgery, he continued to suffer lingering pain from the injuries he sustained in the accident. At this home, his wife had become his caretaker, looking after him for years until he passed, which eventually lead her to sell the property to my friends. To me, the correlation between the moaning male voice I heard in my sleep and the history of the house was unquestionable.

On the third and last day of our stay, I told my friends about the disturbed sleep experience of my husband and I on the first night, the clearing work I did in our bedroom, and the apparent correlation of those events with the home’s history. When I offered to clear their whole house of any non-beneficial energy, they were very open to the idea.

Permission secured, I prepared for the job, then worked my way slowly through the entire house, energetically purging each room/space and listening carefully to what was revealed to me in the process. Like an oversize energetic broom, I carefully, peacefully swept away any wayward energy I felt lingering in the house. The non-beneficial stuff removed, I listened to the suggestions of source and brought in the energy of a divine golden light that filled the entire non-physical space of the house. Every nook and cranny was bathed in this energy. I was able to bring in a soft clarity to existence, a serene vibration of wellbeing that could be felt inside yourself that was emanating from their home and hearth. When you sat down on their living room couch, you felt deeply relaxed.

Recalling my first pass over the home, I picked up on the past presence of person paused at the closed door of the master bedroom, like someone stopping, taking a moment to breath in deeply and strengthen themselves before entering the space. Unfortunately, my friends did not have a story or history to confirm my impression, but I felt as though I could sense the first owners of the house, almost see the wife in this role. Before entering the master bedroom where the couple slept, she would repeatedly stop at the closed door, taking a moment to reinforce herself before continuing her devotion as her husband’s caretaker. I now feel intimately aware of this human pattern as to its critical importance in sustaining life. I was witness to the radiance of a person’s commitment to service of others, expressed in the power of a moment of focus to re-center oneself, directing energy to the inner being, and garnering the support of spirit before continuing on a mission of support. How wonderful it was to bear witness to this personal, intimate ceremony. 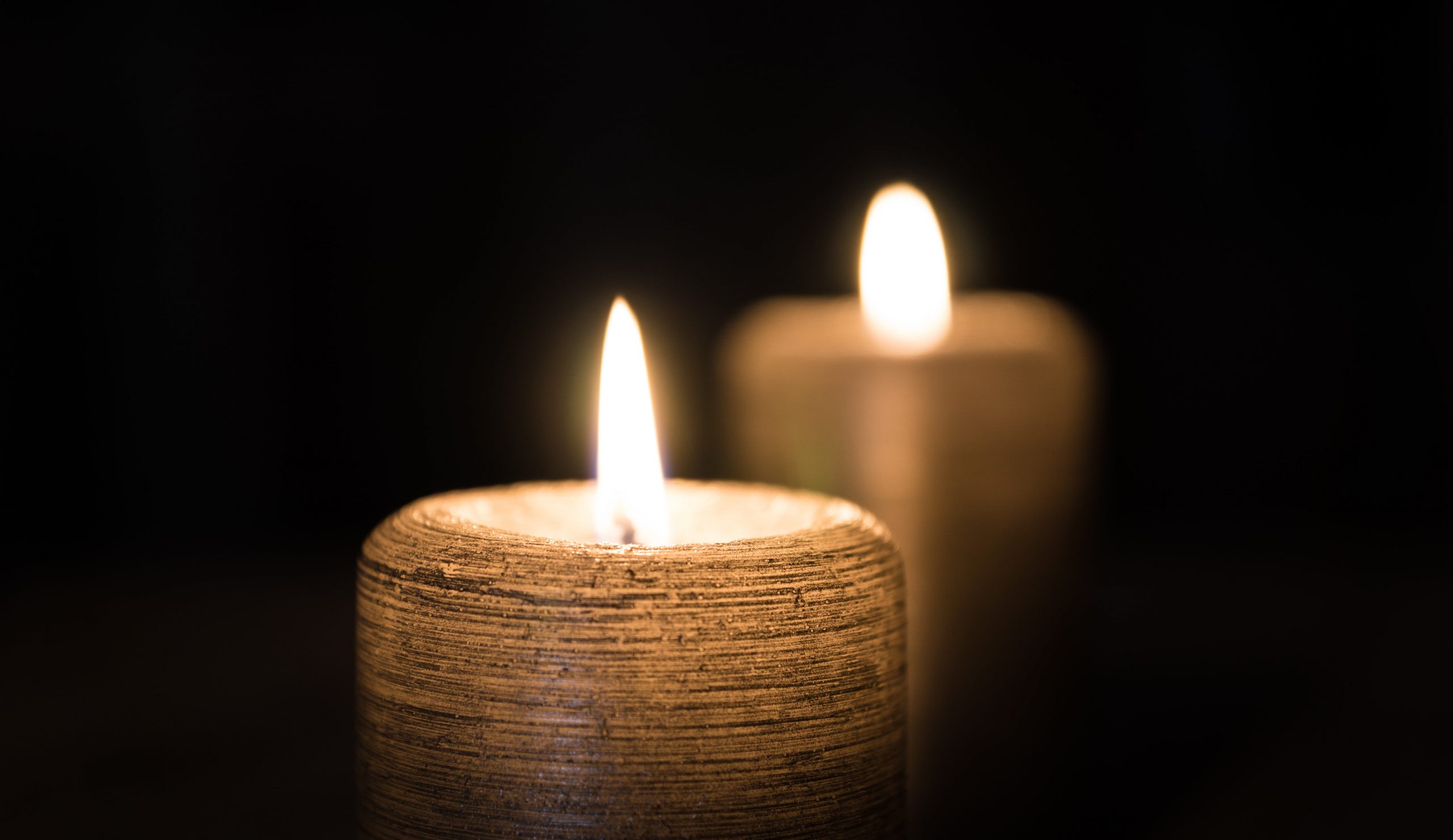 Many months later, I learned some amazing news from a friend in Tucson, a sensitive woman who had also spent time with her husband at the same New Mexico home. Although they had visited the house both before and after my Space Clearing work, she did not know about the energy work I had done during my stay. On her second visit, she commented to the couple how strongly she could feel the uplifting, positive difference in the energy of their house. The couple told her that I had cleared their house energetically during my visit a few weeks earlier. When she got back to Tucson, she immediately contacted me and asked that I perform the same kind of Space Clearing work on her home. I was really excited to get this independent validation of my work and a new Space Clearing project.

On this different Space Clearing adventure in Tucson, I found a number of areas in my friend’s home to address, but one in particular caught my attention. As I was working my way around the home clearing, I approached the living room TV and began to get a headache. I’ve had head pain occur in other non-physical situations, typically indicating an issue, but in my experience, getting a headache during a Space Clearing was unusual. Immediately, I dealt with my headache and initiated a deeper examination of the energetic signature of the Smart TV mounted on my friend’s living room wall. The information I received was fascinating.

Apparently, this particular Smart TV (and maybe others, or perhaps all of them) was intended to produce something like a consciousness black hole in a room. All conversations, information, content, and consciousness in a space was being passively and continuously sucked into the TV’s dimensional void. The broad spectrum of physical and non-physical data gathered was being transmitted off to another location for purposes masked and ultimately unknown. After I acted to contain and nullify the non-beneficial energetic presence and void produced by this Smart TV, I continued the house clearing process.

Later, the Space Clearing completed, my friend told me that she could feel a difference in the energy of her home. I did convey to her and her husband what I found regarding the Smart TV in their living room and my concerns (plus discussed an issue of a similar nature in their bedroom). From a purely conventional standpoint, we can only evaluate the capability of Smart Technology whereby we ask aloud a “Smart” appliance to do something for us. If we perceive the results it delivers as a beneficial act in the physical world, typically we believe its done what its supposed to do. But after receiving repeated benefits, the Smart appliance’s interaction with us becomes ordinary. Readily accepting into our reality this kind of complacency is something we should all be exceptionally cautious about.

From this last Space Clearing case, it’s clear we should acknowledging the possibility of non-physical functions and qualities of Smart Technology as a reality, and something we MUST factor in to our decisions when deciding to add a “Smart” appliance to our spaces. “Smart” or not, the benefits or detriments of all technology should be considered for both it’s ability to physically AND non-physical influence the vibrancy of our spaces and lives. Just because a promotional message says something is “the latest technology” or “Smart” does not automatically mean it MUST be integrated without question into our existence. Acknowledging and consistently acting on this important concept of sovereignty is a challenge for most of human society.

The Space Clearing work I perform always seems to produce an improvement in the feeling of a home or other space. I am blessed in having a non-physical awareness of the myriad of conditions and obstacles that must be addressed properly to adequately clear a space. With the bonus of no two locations ever having exactly the same concerns, each job is a new endeavor and opportunity to learn.

It’s my personal mission to always transform whatever non-beneficial energy I encounter in a space so that it will become beneficial and pleasant for any occupants. If you think the energetic Space Clearing process can be helpful for your space and your loved ones, please do not hesitate to contact me with your questions and request for aid. I’ll do everything I can to assist you.